What Is a Software Development Framework?

A software development framework is a flexible structure composed of several elements that enable the execution of projects of various types in a more organized and efficient way, especially in programming. A framework is an English term derived from two words: "frame" and "work," and it refers to a foundation within which you operate. In software development, a framework consists of concepts, artifacts, or practices that help organize the resources a developer needs. In other words, a framework is a contour, template, or guide that a programmer uses to automate elements of the development process. It creates better time management, avoiding repeating tasks manually. [1] 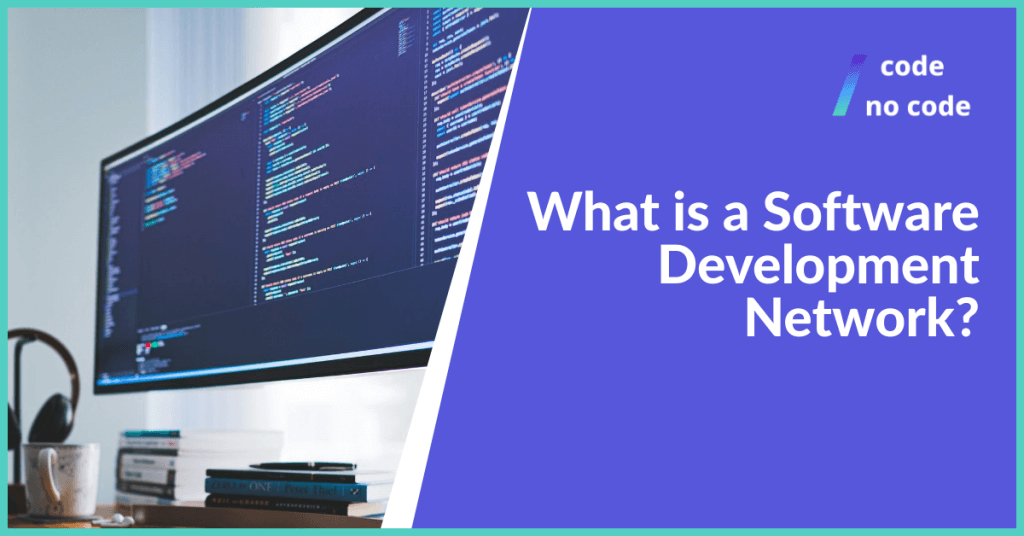 What Exactly Does a Software Framework Include?

A framework helps write source code to develop applications or software. It allows you to store and organize primary development resources such as the source code, configuration files, or application libraries.

In this method, the developer has all of the information they need in one spot, and the work environment becomes a structure that must be completed rather than starting over.

However, using the framework is not a part of the web development process; it is simply a shared resource that saves time.

Frameworks, on the other hand, can be utilized to develop the entire project or just a portion of it. [2]

Have you also considered No Code tools as a part of your development stack? Read more about them in our article on What is No Code.

Software Development Framework - Which One Should you Choose?

Every framework is adapted to a purpose - which is even more specific than a programing language is.

Let's look at Python as an example. Python is a general-purpose programming language that may be used for almost anything. You don't, however, require anything other than a framework designed for the building of websites and applications. In the case of Python, Django or Flask are likely to be used.

You might achieve the same results using pure Python, but you'd quickly learn that you'd be up against the same problems all the time. In a sector like web development, a framework is typically a solution to the most prevalent challenges.

The JavaScript framework is popular among developers because of its benefits such as efficiency, security, and cost. The variety of software development frameworks for each development platform is huge.

Let's narrow down our choices.

Rails is a web development framework designed to write Ruby code. Rail's mission is to provide a framework and capabilities that would allow you to create Ruby applications, such as a website.

There are several reasons why Rails is great for beginners. The first is that the Ruby language itself has a relatively shallow learning curve.

It is much easier to learn to write code in Ruby than in other languages, because the language is quite flexible, which will save you nerves and allow you to spend more time learning the basics of programming.

The ASP.NET MVC is a software development framework based on the MVC architectural form, which has proven to be suitable for web applications.

This form divides the application into three units that can be changed relatively independently, which increases the ease of maintaining the application.

The class code libraries in the .NET 3.5 framework offer thousands of pre-built choices (functionalities) that can be used in applications.

These possibilities are divided by technological categories, such as ADO.NET (a technique for constructing database-driven applications) and Windows Forms.

ASP.NET: a mechanism that supports web applications created in the .NET system and supports almost all options from the .NET class library.

However, there are some disadvantages to think about before choosing the framework:

Vue is a JavaScript framework that could be an excellent alternative for you if you have a poorly supported application that requires a lot of features. There are clean patterns even for inexperienced teams. Although it doesn't have as developed a community as other UX frameworks, Vue offers useful packages that you can incorporate into your project.

A software development framework is nothing more than a pattern application and source of code that makes it easier to create and manage web applications.

The ability to adopt Vue piece by piece is perhaps his greatest virtue. Vue has a concise and reasonable architecture that makes it easy to understand and write less code.

The desire to lean towards a view-model application and a state-of-the-art application can lead to problems. The feeling while using this framework is as if you want the code to be important to the rest of the application without precisely deciding on a pattern.

jQuery is an HTML5-based user interface, a special type of JavaScript library, developed to be an upgrade to basic JavaScript. jQuery simplifies its syntax and allows better interaction between JavaScript and other programming languages designed for Internet application and software development.

jQuery is still the most popular JavaScript library we can find on the market today. But in addition to the jQuery library and user interfaces, we can point to Prototype, Ext Core, and moo. fx! YUI, with similar functionality and mode of operation.

The Ionic software framework is a mobile user interface technology that can be used to create apps for Android, iOS, and Windows.

This software framework is free and completely open-source. Ionic is a platform for developing applications. All of the applications are built from a single database including all of the code. It may be used just about anywhere.

Ionic is a CI / CD frame. Ionic integrates with other add-ons and is fast in building applications. This software framework is written in JavaScript.

The ionic software framework for software development uses accessories and if it does not work in the home environment, the accessories will be of great help in managing the frame. It uses only one programming language for all operating systems in mobile devices. Ionic is good at developing server-side systems because it uses the most well-known web technologies. [5]

Why Use a Software framework?

One of the definitions of the software framework says that these are abstractions that provide the software with generic functionalities that can be changed as needed by the newly written code of the user or developer.

These are universal, reusable standard ways and environments for developing applications that provide a specific structure.

Software frameworks are divided according to their purpose. They can be meant for the development of web applications, computer software, mobile applications, sites, etc. It should be emphasized that some software development frameworks circulate in the interspace between these categories precisely because of their extensive capabilities.

Try something new today. You probably have a project about software development waiting for the right opportunity to start.

Although the use of the software framework may, at first, seem like an aggravating circumstance, there is no doubt that it helps and speeds up the process of developing dynamic web pages, mobile apps, code libraries, user interfaces, web apps, etc., when viewed as knowledge learned in the long run.

Go ahead, try the software development frameworks you need; it will be easier for you to understand your work, implement software frameworks on some new problems, and of course be smarter and more experienced. And of course, to do what every developer aims for - create something good.

Have you considered No Code tools? They will optimise your software development process even more and make it up to 10 times faster. Try our free, 2-minute quiz that will recommend the best solution in your particular case. Not sure what No Code is? Here’s our extensive guide on What is No Code.